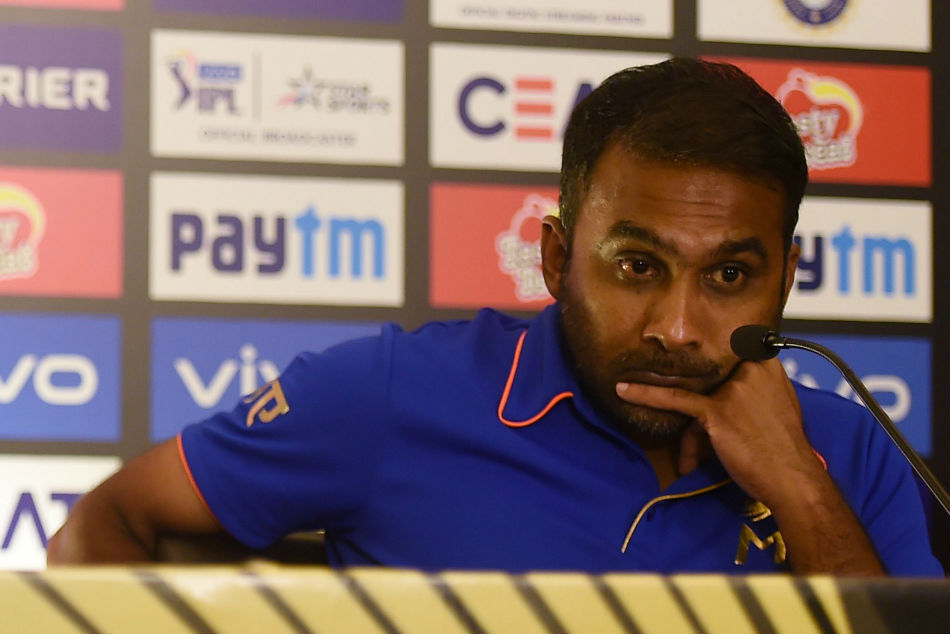 With the tournament having reached its halfway mark, MI are currently perched second in the IPL 2020 table with five wins from seven matches.

They next take on Kolkata Knight Riders in Match 32 of IPL 2020 at the Sheikh Zayed Stadium in Abu Dhabi on Friday (October 16).

“We’re trying to improve in all departments and play consistent cricket. You can’t really compare things after two losses from seven matches. But overall, I’m happy as a coach,” Jayawardene said during a media interaction ahead of the KKR game.

The Sri Lankan had taken the coaching job from former Australian captain Ricky Poting. MI have been known to be slow starters, who gradually pick up the pace and IPL 2020 has be no exception.

After losing to Chennai Super Kings in the lung opener, MI have been quite steady and making the way up.

“As a coach you’re never going to be at ease in a tournament of this level. Yes, we were conscious about the slow starts and how we took time to get into our stride to then claw our way in. So, this is something we spoke about and we knew the guys were in good form and they had prepared well. Ultimately, it was about handling situations out there in the middle and a bit more intelligently,” the 43-year-old added.

Jayawardene, who was was part of Sri Lanka’s 2014 ICC T20 World Cup-winning squad said the only area MI needs to work on is to improve the energy levels in the field

“If at all there is one area to work on then it would be us to keep pushing our energy levels while out there in the middle. A batter can have a good day or a bad day. So can it be with the bowlers. But keeping the energy levels up or being a bit more intimidating on the field, that’s very much in our control and we need to work on this aspect all the time,” he said.

IPL 2020: You’re talking about process, but the process of selection itself is wrong: Former cricketer slams Dhoni

IPL 2020: You’re talking about process, but the process of selection itself is wrong: Former cricketer slams Dhoni

DC vs RR: Know When And Where To Watch Live Streaming...

IPL 2020: You’re talking about process, but the process of selection...

IPL 2020: You’re talking about process, but the process of selection...

Muttiah Muralitharan says opposition to Vijay Sethupathi in biopic is for...