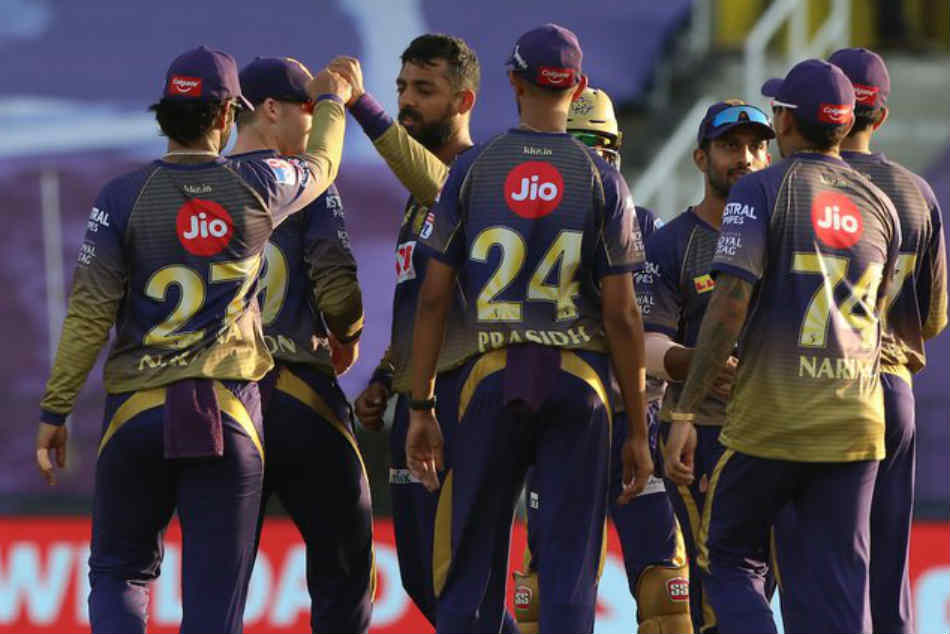 The side now has 12 points from 11 matches and is placed in the fourth position. Chasing 195, Delhi Capitals got off to the worst start possible as the side lost its opener Ajinkya Rahane (0) on the very first ball of the innings.

KKR pacer Pat Cummins caught him right in front of the wicket and as a result, Rahane was given leg-before wicket. Delhi was given a big blow in the third over of the innings as Cummins cleanbowled Shikhar Dhawan (6), reducing the side to 13/2.

Rishabh Pant and Shreyas Iyer (/topic/shreyas-iyer) then got together and the duo tried to retrieve the innings for Delhi. Both batsmen put on 63 runs for the third wicket, keeping Delhi in the hunt for chasing down this massive score.

However, KKR finally got the breakthrough of Pant (27) as Varun Chakravarthy sent him back to the pavilion in the 12th over. Chakravarthy then dismissed Shimron Hetmyer (10) and Shreyas Iyer (47), and Delhi was reduced to 95/5 in the 14th over.

Chakravarthy then brought up his five-wicket haul as he dismissed Marcus Stoinis (6) and Axar Patel (9) in the 16th over. In the end, Delhi Capitals failed to recover, stumbling to a 59-run loss. Earlier, Nitish Rana and Sunil Narine played knocks of 81 and 64 respectively as Kolkata Knight Riders posted a total of 194/6 in the allotted 20 overs.

Sent into bat first, KKR got off to a bad start as the side lost its opening batsman Shubman Gill (9) in the second over of the innings. He was sent back to the pavilion by Anrich Nortje as the pacer had him caught at the hands of Axar Patel. Delhi bowlers kept on bowling tight line and length and as a result, KKR batsmen were unable to break free. Rahul Tripathi (13) and Dinesh Karthik (3) also lost their wickets cheaply and as a result, KKR was reduced to 42/3 in the eighth over.

Tripathi was dismissed by Nortje while Karthik was sent back to the pavilion by Kagiso Rabada. Sunil Narine was promoted to number five, ahead of skipper Eoin Morgan and the move paid off as he along with Nitish Rana added 115 runs for KKR. The partnership saw both batsmen going past their 50-run mark.

Rabada provided the much-needed breakthrough to Delhi as he dismissed Narine (64) in the 17th over, reducing KKR to 157/4. In the final three overs, KKR was able to score 33 runs more and as a result, the side posted a total of more than the 190-run mark.

At one stage, KKR was 44/2 after eight overs, but the side was able to score 150 runs off the final twelve overs. For Delhi Capitals, Rabada and Nortje scalped two wickets each.

Sam Curran as opener, Watson at No 3, Stephen Fleming explains...

Pakistan’s Umar Gul calls its quits from all formats