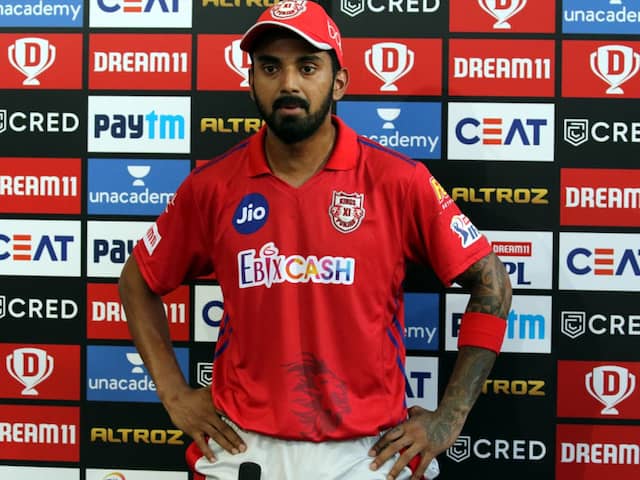 
Kings XI Punjab batsmen threw away a golden opportunity to put an end to their losing streak as they fell two runs short of the 165-run target against Kolkata Knight Riders at the Sheikh Zayed Stadium in Abu Dhabi in the match 24 of Indian Premier League (IPL) 2020 on Saturday. After a heartbreaking loss, a dejected KXIP skipper KL Rahul was at loss for words to explain what transpired at the backend of his side’s chase. “We started well, we got close, but honestly I have no answers. Just have to keep coming hard in the next seven and win a few,” KL Rahul said at the post-match presentation.

Rahul praised his bowlers for executing the plans that was asked from them.

“We bowled well, it’s the first game on this new strip, but the bowlers adapted well by swinging the ball early and getting wickets in the powerplay, which is the only way to keep them below 180.”

“Even in the death they did well to mix it up, trying to bowl bouncers and bluff the batsmen with wide yorkers. That’s what we asked of them and they executed well,” he added.

Rahul rued the fact that Punjab lost wickets in cluster towards the end  of the chase and eventually fell short of the target.

“We weren’t satisfied at any stage during the run-chase, you’re only satisfied when you win. Me and Mayank started off well, but if you lose wickets in clusters at the end, it’s hard to get over the line,” Rahul concluded.

KXIP will face Royal Challengers Bangalore next at the iconic Sharjah Cricket Ground on October 15.

Indian Premier League: Kieron Pollard Only Cricketer Who Might Play 200...